This tutorial shows how to deploy Ruby on Rails applications. It is tested and known to work on:

The deployment process will be fully automated so that it requires only one shell command to deploy a new version: 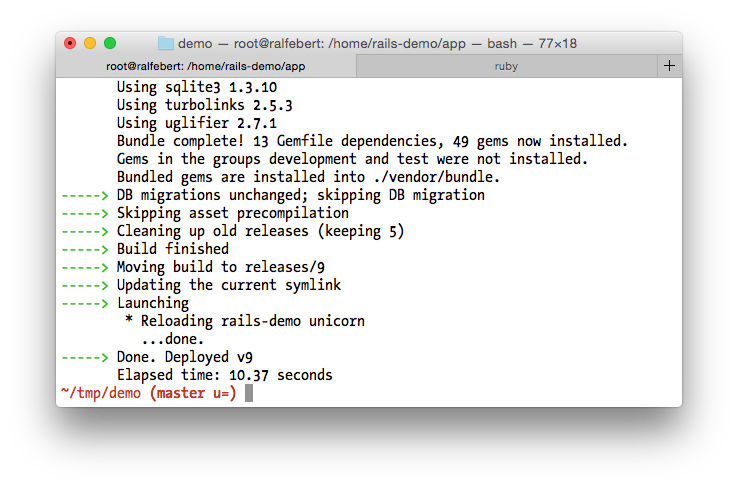 The tutorial establishes naming conventions and a folder structure suitable for deploying multiple Rails applications on the same server: 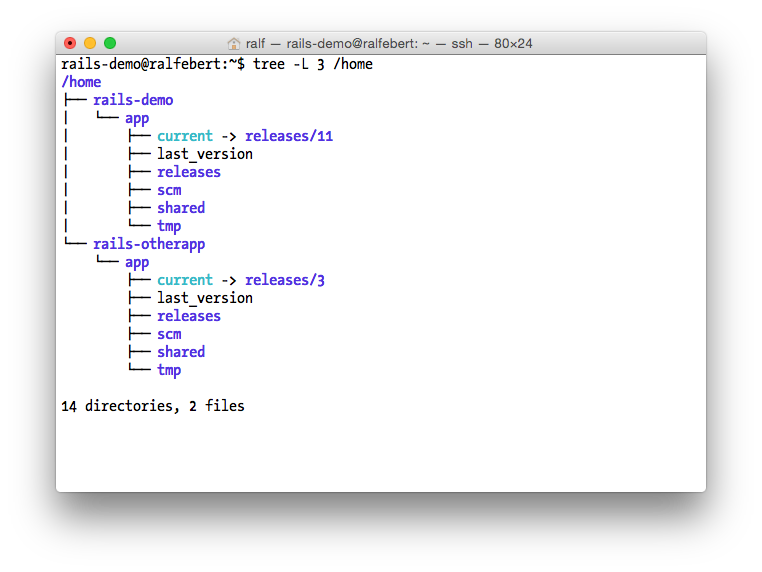 Setting everything up takes about 2 hours. Once you are familiar with the process it takes about 15 minutes to add another application to the server, and seconds to deploy a new version.

The tutorial makes the assumption that the applications run on only one server, that the server is used only for hosting Rails applications and that only trusted users have shell access to the server.

For this tutorial you need to have good knowledge of Linux server administration using a command line shell. You need to know how to version a project using Git.

USE THIS ARTICLE AT YOUR OWN RISK: None of the authors, in any way whatsoever, can be responsible for your use of the information contained in these web pages. Do not rely upon any information found here without independent verification.

Setting up an example app

Fixing server issues and app-specific issues at the same time can be very error-prone. When you work through this tutorial the first time, I recommend to get a simple demo application running, then deploy your own Rails app. You can use the following steps to create a simple example app:

Setting up the Ruby on Rails app

The unicorn server is not made to serve HTTP requests directly, so let's put a nginx web server in front of it: